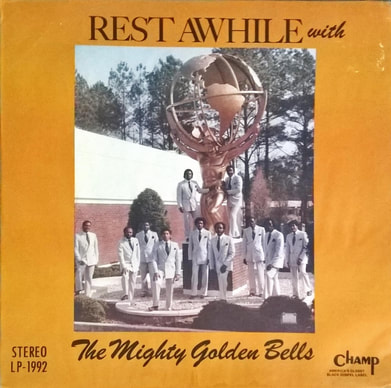 The Mighty Golden Bells are a Raleigh, N.C group; this is their first lp for Champ. The lp was also issued on ShurFine Records with the exact same cover photo and song selections. My guess would be that the lp was first issued with ShurFine as it is a North Carolina based label.
© 2019
Powered by