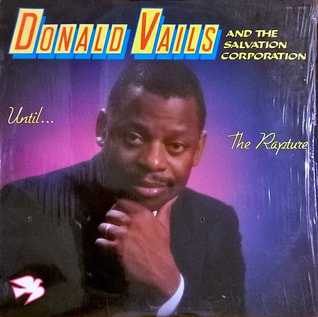 
An Atlanta, Georgia native who had moved to Detroit, Michigan and finally Washington D.C., Donald Vails became Reverend Vails, he recorded extensively on Savoy Records and Sound Of Gospel. He unfortunately passed away in 1997 aged 49 years. In 1969 he founded The Donald Vails Choraleers; In 1985 having moved to Washington D.C. he founded The Salvation Corporation. Donald served as the National Minister of Music for the Gospel Music Workshop of America Mass Choir (founded by Reverend James Cleveland and Albertina Walker); Donald would go on as the Director of Church Music at Ebenezer African Methodist Episcopal Church in Fort Washington, Maryland; he also became the director of The Voices of Ebenezer, the Adult Choir, The Daughters of Zion and the Rejoice choirs.
Powered by